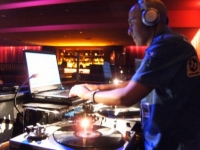 Double G
8:00am - 9:00am
Morning Flashback
Request A Song
My Profile 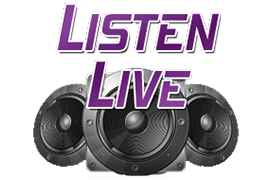 Mixx 99.3 is proud to have Double G back home in RI! After spending a few years in FL, Double G is back spinning the hottest new music and old school classics middays right here on Mixx 99.3!

What I do for fun/hobbies: DJing and working on music, travelling, going to concerts, working out and going out for drinks with friends.

What Mixx 99.3 Artist would you want to be stranded on an island with: Rihanna

A Little About Me: I have worked in radio since I was a teenager and it has been my main career for about 9 years now. I've got to DJ at some of the best clubs in the country and have worked with most of the Top DJ's. I've also had the pleasure of DJing for 50 Cent, Pink, Diddy, Cassie, Busta Rhymes and much more. Another important thing to know about me is that I am a Cancer survivor. I was diagnosed with Leukemia in 2005 and received a bone marrow transplant in 2006. Making people aware of how easy and painless it is to become a bone marrow donor is very important to me. You can find out more information at marrow.org.

If you have any questions or requests, you can email me at DoubleG@Mixx993.com.

Mixx 99.3 is happy to announce Deej Tommy Dee as our Saturday night DJ! Deej Tommy Dee is bringing his hit show "Bringin' Down the House" to Mixx 99.3! Tommy is well respected in DJ circles and is popular among the nightclub scene all over the world! We are lucky to have him as a part of the Mixx family!

What I do for fun/hobbies: DJ, workout, laugh and play soccer

Favorite 3 Albums of all time: The Black Album by Jay-Z, 2001 by Dr. Dre and Watch the Throne by Jay-Z

What Mixx 99.3 artist would you want to be stranded on an island with: Christina Aguilera

Over the past six years, Deej Tommy Dee has become one of the most respected/popular DJ's from the East Coast. With only being 25, his style of mixing, knowledge of music and his presence in the DJ booth, he will keep the party going all night long right here on Mixx 99.3!

A Little About Me: I started DJing when I was 12 years old, spinning and hosting private parties and school dances. By the time I was 16, I found my way into the nightlife scene in Providence, opening for MTV's DJ Skribble. At 19, I acquired residency at some of the hottest clubs in RI & CT. At the age of 20, I began spinning at top nightclubs in Los Angeles, Charlotte, New York, Miami, Detroit and more. I have also had my own mix shows for radio stations in CT and FL.

In 2011, I became an official Spring Break DJ for studentcity.com and got to spin at Spring Break parties with LMFAO, Havana Brown and more. I have also DJ'ed events for the world's largest paint party tour, Dayglow/Life in Color. Last year, I was the host of a 10 city tour called "Excel in Motion" featuring Dancing with the Stars dancers along with professional dancers/actors from all over the world. I'm very excited to be joining the team here at Mixx 99.3!

If you have any questions or requests, you can email me at tommydee@mixx993.com or you can check out my website DeejTommyDee.com. 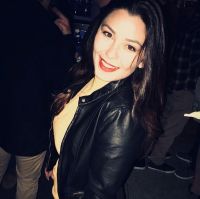 Jessica may be Mixx’s newest team member but she isn’t new to Rhode Island! Jessica grew up in Middletown and is now bringing up her own little one in the area too. She prides herself in being a good mom, a good radio host and a good bartender. When not working she is listening to her favorite artists while cooking, hanging out or dancing with family and friends. A little secret about Jessica; she dreams of being stranded on an island with Bruno Mars or LL Cool J.